In addition to paying homage to the hard work and dedication demonstrated by the hundreds of winemakers throughout Italy and the rest of the world, Xtrawine also wants to shine a spotlight on the important role that certain grape varieties have played over the years by examining their histories and what makes then so special that that they have been used to create thousands, of not millions of bottles of wine over the years.

The Barbera grape is amongst the most storied in winemaking history, so here we will shed a little more light on this humble grapes origins and the reasons why it has become so important in modern viticulture.

The history of the Barbera grape is a little hazy, but the common belief is that the grape originated in the hills of Monferrato, which is located in the central Piedmont area of Italy. As is already well-known, Piedmont has developed a reputation as one of the foremost wine producing regions in Italy over the centuries.

The grape is first traceable to the 13th century, with documents that came from the cathedral of Casale Monferrato detailing a lease agreement for vineyards that contained the grape as far back as 1246. With that in mind, it is perhaps amongst the oldest grapes to still be used in modern Italian winemaking.

However, there is some speculation that these records are not accurate and that the grape actually originated far later in time. Ampelographer Pierren Viala believes that the grape may actually have originated in the Lombardy region of Oltrepo Pavese instead.

Regardless of its origins, the influence of the grape has extended far beyond its native country. In the 19th and 20th centuries, Italian immigrants into the Americas brought Barbera grapes with them, resulting in the cultivation of vineyards in Argentina and the United States. As such Barbera is a popular grape for winemaking in these countries, in addition to Italy.

Today, the grape still maintains a high level of popularity and it currently stands as the second most planted red grape variety in Italy, a distinction that it has held since the 1990s. Prior to that, it was believed that the grape was actually the most popular in the entire country, until it was eventually overtaken by the Montepulciano grape.

Of course, our main concern with the Barbera grape is its history as it pertains to winemaking. The grape is amongst the most vigorous in the country and is capable of producing very high yields. However, allowing the vine to do so can often lead to a reduction in quality, which is why many who grow the Barbera grape tend to spend a lot of time pruning and using other methods to control its growth.

It is also a very hardy grape that is well-known for its ability to attain early ripeness, especially in Piedmont where it is often acclaimed for ripening as much as two weeks earlier than the similarly-famous Nebbiolo, often on vineyards that have less than ideal exposure to the sun. 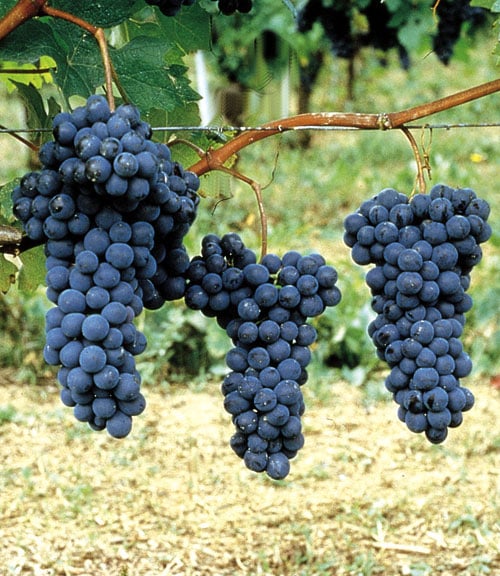 Traditionally, harvesting of the grape takes place in late September, through to early October, however, in recent years there have been a number of winemakers who have experimented with harvesting it earlier in an effort to achieve higher sugar levels that result in the creation of heavier wines that have stronger fruit notes.

Regardless, Barbera has a reputation for being one of the hardiest grape varieties in existence, being capable of adapting to a wide range of vineyard soils. This is likely the reason why it has become one of the most popular grape varieties in Italy, in addition to experiencing success in the Americas so soon after it was introduced.

The Process of Winemaking

Barbera does offer some challenges to winemakers, as the grape has very high acidity. While some work around this acidity, even making it a vital component of the wines that they produce, many others have worked to blend the grape with other varieties in an effort to counteract this acidity and create softer, more balanced wines in the process.

In more recent years, Barbera wine producers have started to use small oak barrels for fermentation and maturation. This technique was first suggested by French enologist Emile Peynaud in the 1970s, but it met with resistance from traditionalists. However, once the Super Tuscans began to experience success in the 1980s by making use of similar, non-traditional techniques, this method has become increasingly popular and can be used to create wines that counteract the high acidity of the grape to create more balanced drinks that a wider audience can enjoy.

There are any Italian wines that make use of the Barbera grape in a variety of ways, not to mention the many more international producers who also use it. Generally speaking, the grape can be used to create everything from medium bodied, fruity wines through to far more complex vintages that often need to be aged in cellars before their best qualities emerge.

There are some characteristics that are common in most wines that use the grape, however. In most cases, you should be able to identify a deep ruby red colouring that is topped by a noticeable pink rim. Furthermore, unless the winemaker has gone to great lengths to balance it out, you will likely note high levels of tannins and acidity that give wines made using the grape a distinct flavour.

The colouring that the grape can offer has made it exceptionally popular amongst red wine makers and it is not at all uncommon to see that Barbera being used in wines from the Barolo and Barberesco regions, amongst many others.

Finally, the fermentation and maturation techniques used for the grape can often have a distinct effect on how drinks containing Barbera end up tasting. Those that have been fermented in oak barrels are often more well-rounded, offering a richer taste that reminds drinkers of spices and plums. However, wines made with more neutral and older oak will often give off stronger aromas that have a distinct hint of cherries.

I’m a passionate about good wine and good cooking.