A Look At The New ‘Guggenheim of Wine’ in Bordeaux

While we at Xtrawine are committed to exploring the history and purveyors of Italian wine, we also recognize that many other countries and producers are capable of crafting vintages that can astound and delight in equal measure. There are few areas in the world where this is truer than the city of Bordeaux in France, which has long been regarded as one of the foremost wine producing cities in the entire world

This makes it an excellent choice for the opening of a new museum that some commentators are calling the ‘Guggenheim of Wine’. While this may seem like quite a lofty moniker, especially given the reputation of the existing Guggenheim museums, the information about the exhibit and the clear love and dedication that has gone into crafting it suggests that it may not be far off at all when it comes to accuracy.

Of course, this has piqued out interest, as we are sure it has for the majority of wine lovers in the world, so we thought that we would take a moment to take a closer look at the new museum and what it has to offer people who want to learn as much as possible about the world of wine.

The new museum will not focus solely on the wines of Bordeaux, though we are sure that exhibits centred on them will be a big feature of the museum. Instead, it will focus on craft and the culture of wine throughout the world, placing particular focus on who different philosophies throughout the ages have influenced the production methods of some of the world’s foremost producers, while also examining the impact that the industry has had on a whole in the worldwide economy and amongst the many millions of people who enjoy wine every year.

While it is being referred to as the ‘Guggenheim of Wine’, the museum is actually called La Cite du Vin, with the building itself having been specially designed by Paris-based XTU Architects, whose aim was to create a structure that would resemble the swirl in a wine glass that experienced wine lovers know is crucial to the tasting experience.

In order to bring the concept to life, the company was afforded a budget of 81 million euros, allowing them to design a building that captures the imagination almost as much as the many exhibits that it will house. Amongst the many highlights is a special room that is decorated with literally thousands of wine bottles on the ceiling that act as light fixtures for guests to admire. A glance out of the windows of that room will also offer a panoramic view of the city of Bordeaux, ensuring that the museum has something to offer to all visitors.

It is Bordeaux mayor Alain Juppe who has given the building the moniker of the Guggenheim of wine and everything that we have seen and heard so far suggests that it is more than capable of living up to that moniker. It was opened by French President Francois Hollande on May 31st and is already proving to be an extremely popular attraction.

What You Can See 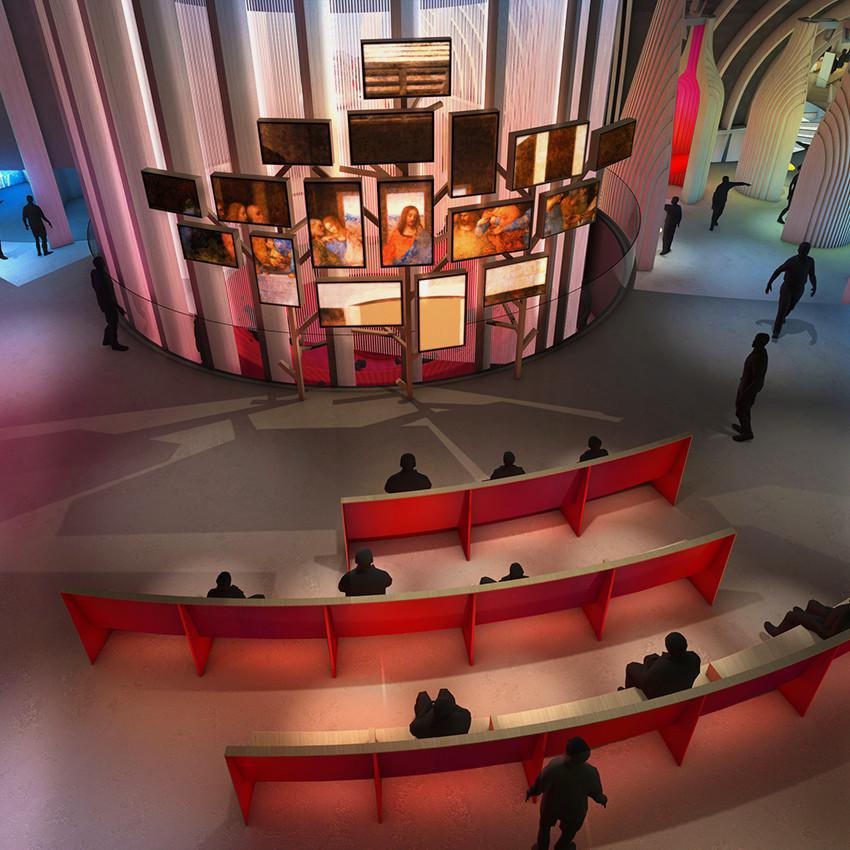 So with the concept itself proving to be an attractive one and the museum itself now being open for business, we are sure that many of our readers will be curious about what they will actually encounter should they choose to pay it a visit.

Outside of the spectacular panoramic room that was previously mentioned, the museum plays host to a wide variety of exhibits that demonstrate the evolution of the wine industry through the ages and the effect that it has had throughout the world.

Staff at the museum will tell you that it will take upwards of three hours to explore everything that it has to offer, though we are sure that true connoisseurs could spend much longer within its walls. The ground floors offers a well-stocked book shop that contains tomes dedicated to practically every single aspect of the wine industry. For those who want a taster of what the museum displays first hand, there is also a wine bar and restaurant, in addition to a dedicated wine boutique that is being touted as the first of its kind in the world. Named the cave à vin, the boutique stocks a stunning collection of more than 14,000 wines from 80 different countries, each of which is accompanies by an explanatory video that offers drinkers more insight into the vintages and the people responsible for choosing them. We expect that many people could spend days in the boutique alone but there is much more to see.

The core attraction is a permanent exhibit that contains an absolutely amazing celebration of everything to do with wine. From the people who have built their reputations on amazing vintages, through to the land that produces the grapes for them, the exhibit covers practically every subject that you could hope to learn about and we are sure that everybody who visits it will learn an enormous amount and come away with a brand new appreciation of the world of wine.

Outside of the permanent exhibition, there is also space to house a number of temporary exhibitions, which will likely mean that there is always something new for people to see, regardless of how often they visit the museum. There is also a stunning auditorium that we imagine will play host to some wonderful presentations and what is being termed as a 360 degree sensory experience room that features projections sounds and scents that are all intrinsically linked to wine in all of its forms.

Early impressions of the ‘Guggenheim of Wine’ have been very positive and it is clear that a lot of time, energy and passion have been devoted to making it the foremost exhibition of its kind. We know that the team at Xtrawine can’t wait to pay it a visit, which we are sure is a sentiment that is shared by many of the people reading this article.

I’m a passionate about good wine and good cooking.