Lambrusco is considered something of a hidden gem amongst Italian wines as its international popularity has dwindled somewhat since its heyday when it was the most imported wine in the United States during the 1970s and 80s.

Despite this, as practically any connoisseur will tell you, Ceci Lambrusco is amongst the finest of the Italian wines, featuring a level of depth that few others can rival whilst also sporting a beautifully rich taste that makes it the envy of similar wines.

It has pedigree as well, as the Lambrusco grape has been used for centuries by various winemakers, with archaeological evidence showing that it was in fairly heavy use as far back as the Etruscan civilisation which populated much of Tuscany and some of Lazio from about 800BC onwards.

Since then the Lambrusco grape had become extremely valued for its high yield, which in turn helped to make it popular during Roman times. Its popularity in its native Italy has remained high ever since and it is probably about time that the rest of the world joined in and started giving this spectacular wine the recognition it so richly deserves.

As mentioned, the Lambrusco grape can trace its lineage back to ancient times and was used by those who lived during the Etruscan civilisation, back before Italy became a unified country. Their cultivation of the grape set the foundations for what would end up being a centuries long love affair between the Italians and Lambrusco, as the grape eventually spread to new regions and continued to grow in popularity as Italy moved into the Roman era.

Once the Roman era had arrived Lambrusco swiftly confirmed itself as one of the foremost grapes of the era. Its extremely high yields when compared to other grapes of the time made it extremely popular and ensured that vineyards that planted the grape were almost assured of a healthy volume and a tidy profit when the time came to farm the grape.

This productivity brought it to the attention of everybody from the lowliest citizens through to the emperors of the day. In fact, Cato the Elder felt compelled to comment on the quality and yield of the grape, stating that two thirds of an acre of the plant was capable of producing enough wine to fill as many as 300 amphoras, which are the two-handled jugs with long necks that you are likely to see in many small museums. Anybody who is aware of the general dimensions of an amphora can thus get an idea of just how many bottles can be produced with this grape from a fairly small patch of land.

Since these heady days the grape has continued to increase in popularity and is now grown in eight separate DOCG areas. All of these produce their own versions of the wine, with the most popular ones generally being of the sparkling red variety.

Though Lambrusco is most popularly known as a red wine, its popularity has led to many producers altering production methods so that they can use the grape to produce a variety of whites and roses in an effort to sate the enormous appetite Italians seem to have for this particular grape.

While Ceci Lambrusco is perhaps not recognised as being amongst the most popular of the Lambrusco wines, it does share many of the characteristics that have made the likes of Lambrusco Salamino and Lambrusco Sorbora so desired.

Generally speaking, a good Lambrusco will have been produced using a variety of grapes that fall under the title, with plenty being available thanks to how widespread the grape is throughout Italy. Once this blend has been concocted many producers will then look to blend further grapes into the mix in an effort to manipulate the body and colour of the wine. Such grapes include Ancellotta and Cabernet Sauvignon, though in most cases they will never account for more than 15% of the overall blend.

The grape itself is not considered to be particular sweet, however many producers utilise the process of fermentation to increase the sweetness of their particular Lambrusco. Furthermore, the added blends of grape can also serve to further this purpose.

However, if not purposefully sweetened, the grape produces a gorgeous dry wine that has recognisable notes of strawberry and leaves something of a slightly bitter finish.

As such, it is always a good idea to do a little bit of research before you opt to purchase a variety of Lambrusco, as you can never quite be certain which you are going to get if you just pick a bottle up and take it home. Generally speaking you will find a mix of dry, sweet and very sweet wines depending on where you look, with the sweet version especially being quite popular internationally.

Taking the traditionally dry Lambrussco as our benchmark, it is highly recommended that you enjoy this drink with a high quality joint of pork. The dry flavour complements the juicy and succulent meat superbly and makes the wine perfect for pork meals.

Generally speaking it is also a superb accompaniment, such as salami and ham. Perhaps most surprisingly it is also a wonderful wine to complement a good pizza. Of course, in this case we are speaking more traditional Italian style pizzas rather than the ones you are likely to get if you up for a takeaway.

All told, a dry Lambrussco is usual a perfect complement to a meat-based dish so anytime you know you are going to be eating something with a high meat content, consider this wine above most others.

With hundreds of years of history etched into its production, in addition to a wide variety of styles and production methods lending the grape a nearly unrivalled level of variety, it is highly recommended that you explore the joys a good Lambrusco can offer. There is a reason the wine is amongst the most popular in Italy, and has remained that way for many centuries, so take a chance and give it a try. With so many versions to dig into you are sure to find something to suit your tastes. 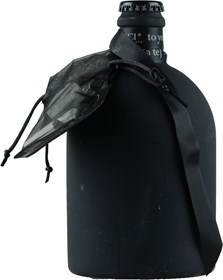